Volleyball Tryout Tips – What Coaches are Looking For

The right volleyball tryout tips can help aspiring and seasoned volleyball athletes standout through an oftentimes very competitive and stressful experience. Preparing for tryouts usually involves physical and mental training, visits to the doctor for a physical, finding proper gear like shoes, athletic clothing, etc. One of the most important volleyball tryout tips to consider when preparing is knowing ahead of time exactly what most coaches tend to look for in a potential team member.

We interviewed coaches who have had extensive experience coaching from youth age to collegiate level players. We asked them which key factors and standout traits they look for during tryouts. Below are some of the responses and recommended volleyball tryout tips.

In the game of volleyball, it isn’t always about the hardest swing or well placed serve. One of the most critical skills that coaches look for is consistent ball control.

Coaches often observe how a player responds to a hard hit ball. Is the player panicked? Or is the player low, ready, stopped and able to rely on their platform to do the work? Other observations might include how players react when there is an out of system ball or whether or not a player shows keen awareness on the court. 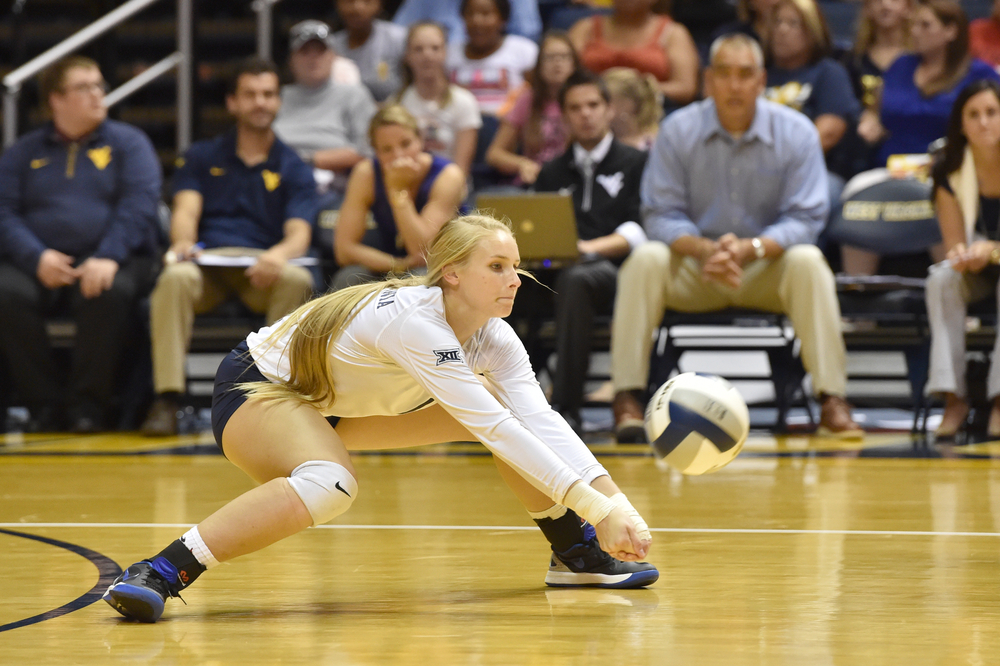 Randy Litchfield, former Layafette Volleyball Academy Owner and head men’s volleyball coach at Ball State University, says he likes to see in tryouts if athletes can track the ball. He applied this philosophy in the most recent tryouts he was apart of as Head Coach of Girls 16’s at Victorium Volleyball Club. Coach Randy clarifies this concept with the following comments:

“This is similar to catching a fly ball in baseball. In volleyball, it shows up in serve receive and hitting. How well does the athlete follow the ball and react during the 40-60 feet of air time the ball carries? Novice players and lesser athletes have real trouble tracking the ball. Attackers have similar problems tracking high sets. Attacking a volleyball is not easy in that it’s done while airborne and requires getting to a moving ball and jumping to make contact at hopefully its highest point. An athlete might not yet know how to swing correctly but has terrific timing abilities–that’s the kind of player I would want to work with.”

One attribute that can help a player standout during tryouts is positive energy and enthusiasm for the game and the team. Brooke Davis has coached numerous 12 to 15-year-old girls in her career at Spirit Volleyball Club in Florida and Illinois Juniors Volleyball Club. She says that if the competition is tight, she looks out for girls who are engaged on the sidelines, excited and positive towards other players whether its during drills or game play. 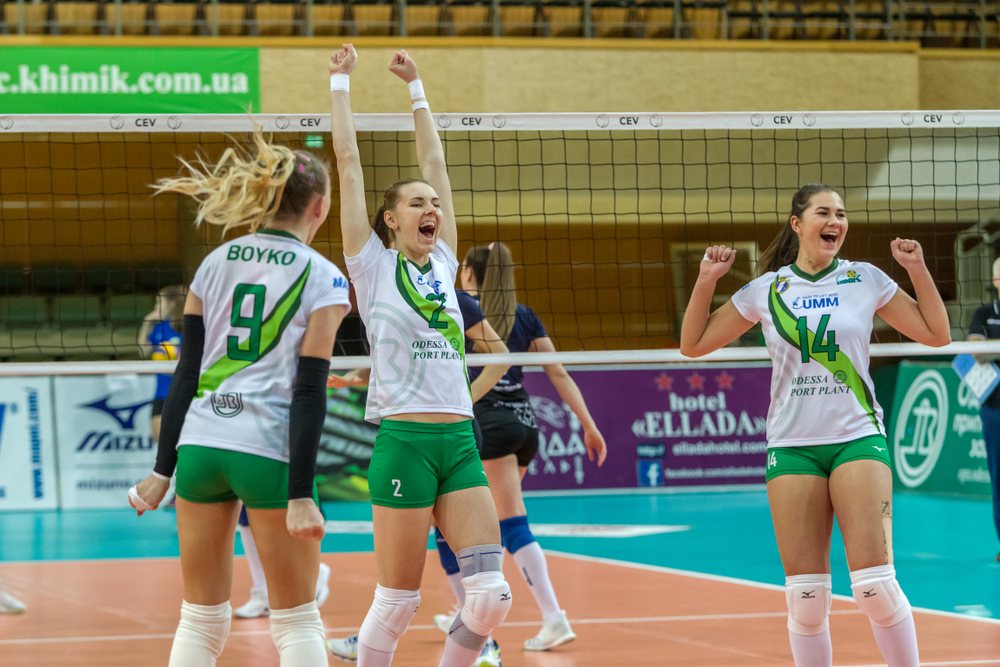 “Even though they are competing with the other players during tryouts, if they are encouraging to them, it shows they are going to make great teammates,” says Davis.

Genuine positive energy is infectious. It can have a cohesive, uplifting and uniting affect on an entire team.

Coaches like to see if players are teachable, open to constructive feedback and willing to follow directions. These qualities help coaches know when a player respects authority, the team and the process needed to improve and progress in the game.

Kayla Jacks, coach of 14 year old boys at West Edge Volleyball Club and Freshmen Girls coach at El Camino Real Charter High School in Los Angeles, CA says this about respect and the role it has on who she chooses to be on her teams.

“I really look at how well they follow directions and respond to authority. If they aren’t receptive to constructive criticism, that means they really don’t want to get better.”

Coaches also want to see players respect and encourage each other.

Luke Ward, owner of First Contact Volleyball Club in Illinois and Head Coach of Women’s Volleyball at Trinity International University, says he doesn’t care what position you play–he wants to see if you can pass, set, and play defense.

Versatility is an important player quality. Although it’s great to be able to play and excel at a preferred or designated position, the ability to step into other positions as needed can be invaluable to the overall effectiveness of the team. 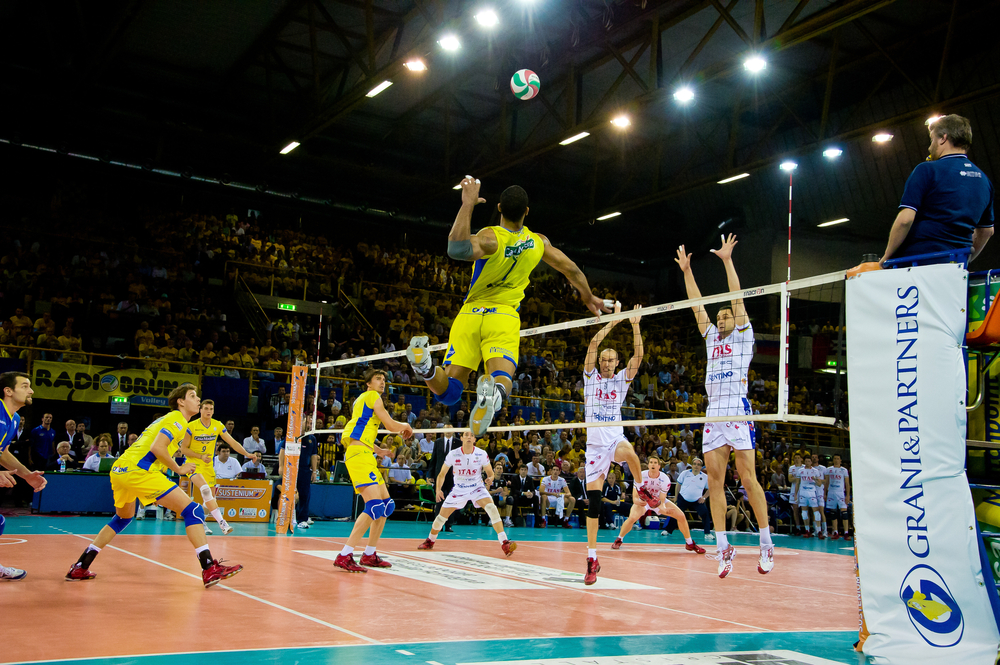 The ability to adapt and cover other positions also requires good communication skills. If the setter is out of position and another player is available to fill in, then they should call it out and make it known to surrounding players.

“I look for players who have a high volleyball IQ,” says Coach Brooke Davis, “Girls whose eyes shift from the ball to the player at the right times, and girls who just play smart volleyball.”

Intelligence on the volleyball court is usually developed over time through game play experience and observation. Experience on the court can also help players improve their ability to assess and react strategically. Some examples of smart or intelligent volleyball might include but is not limited to the following:

Smart thinking players are proactive, think ahead and always try to anticipate. They also focus on the overall game plan and do all that they can to make sure its executed well.

When considering volleyball tryout tips, most coaches would agree that the fundamentals of volleyball are definitely important. However, equally important is a well rounded player that has positive energy, is respectful, communicates well and plays smart. This type of player would be a welcomed addition to any volleyball team.